Kennste? is a card game with feminist underlines aimed at teenagers and older people.
We avoided the pink and blue that strongly connote defined genders and used a vivid colour palette instead that can evoke non-binary and intersex flags. To represent the genders on the cards (male, female, all genders) we used the XY sex-determination system in order to give a factual representation. The gender inclusive sign is an asterisk combining the X and Y letters. As the asterisk is also the sign used in German for gender neutral writing, we used it to create the question mark in the logotype. 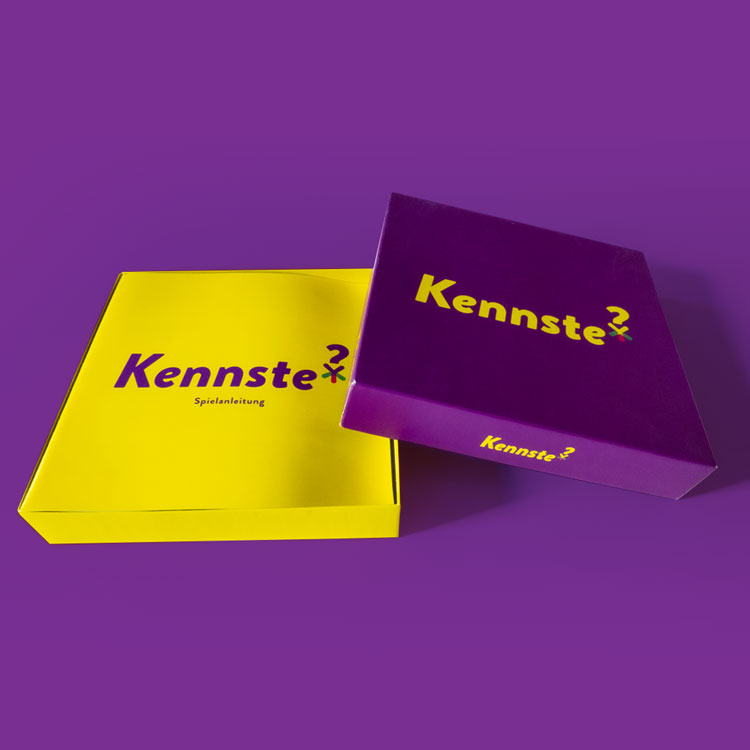 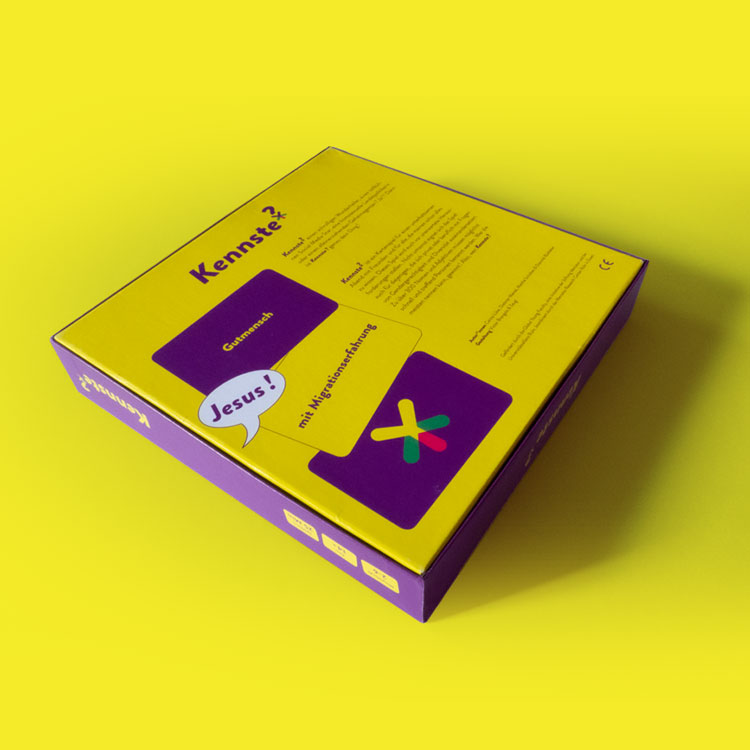 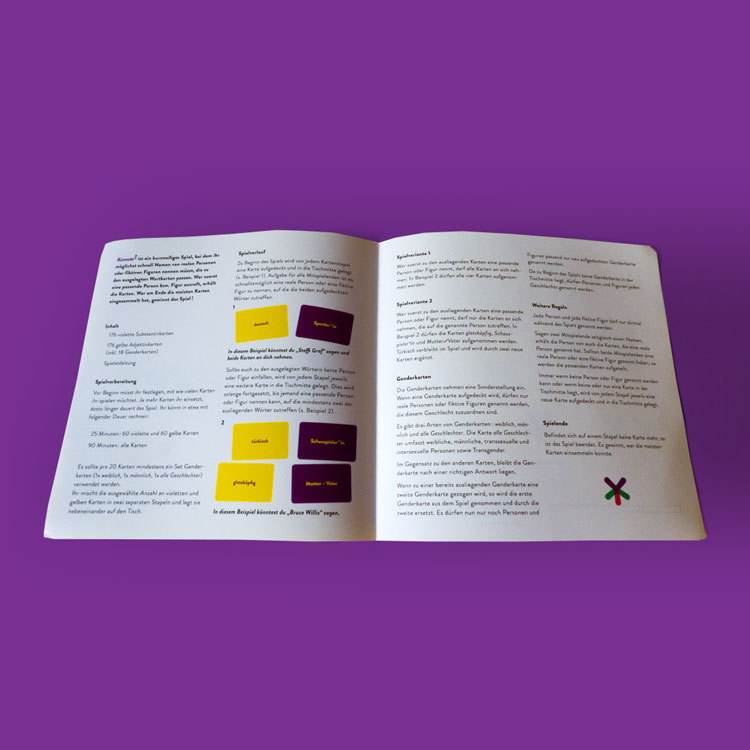 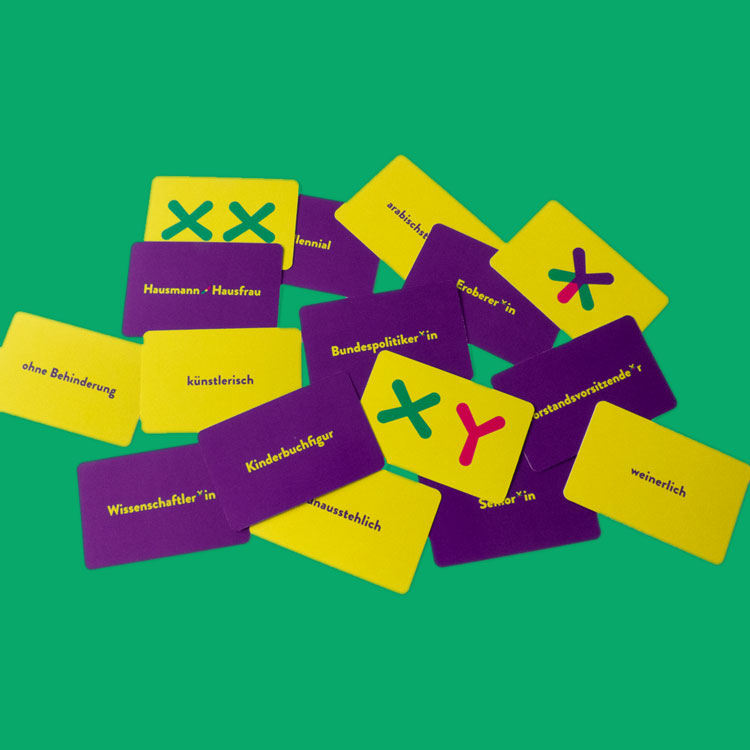 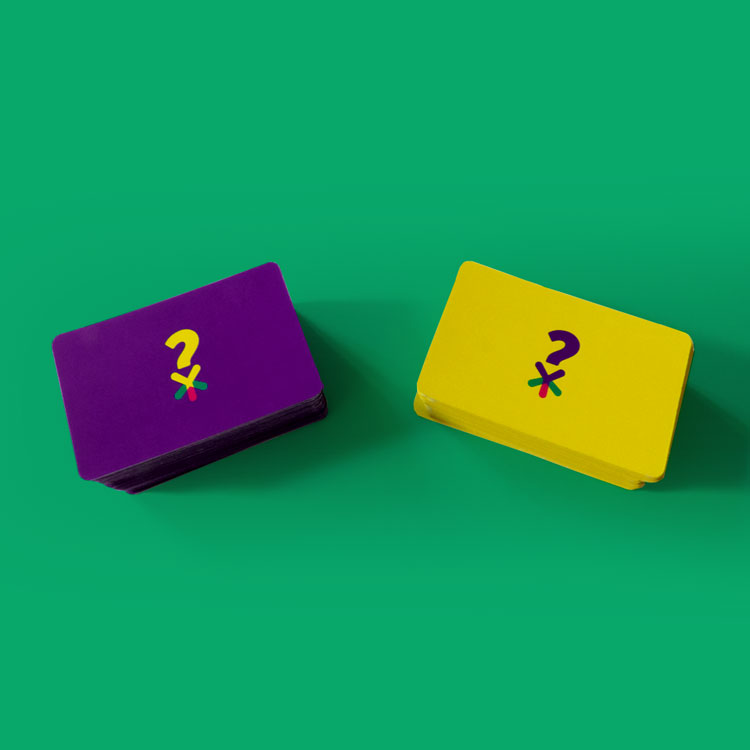 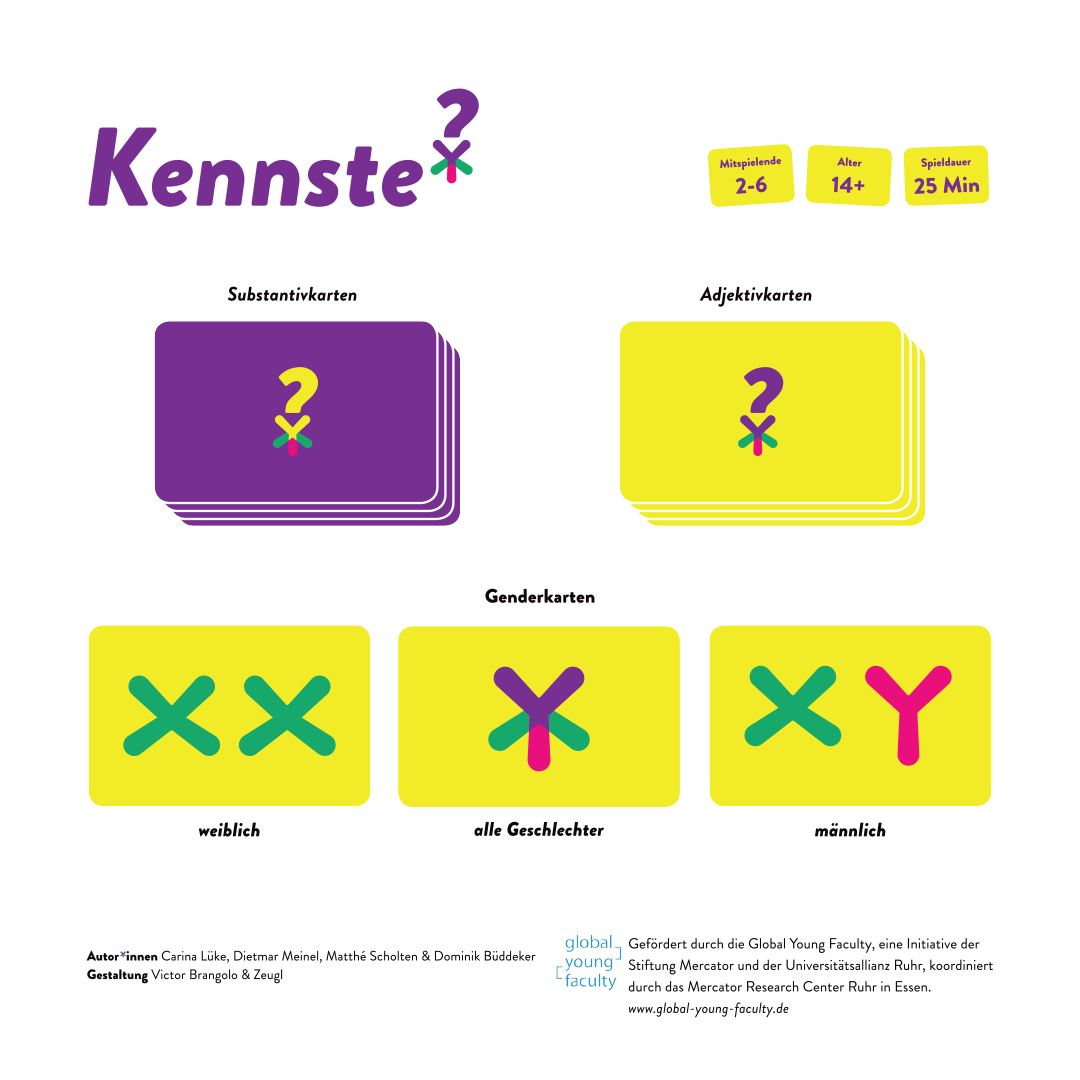 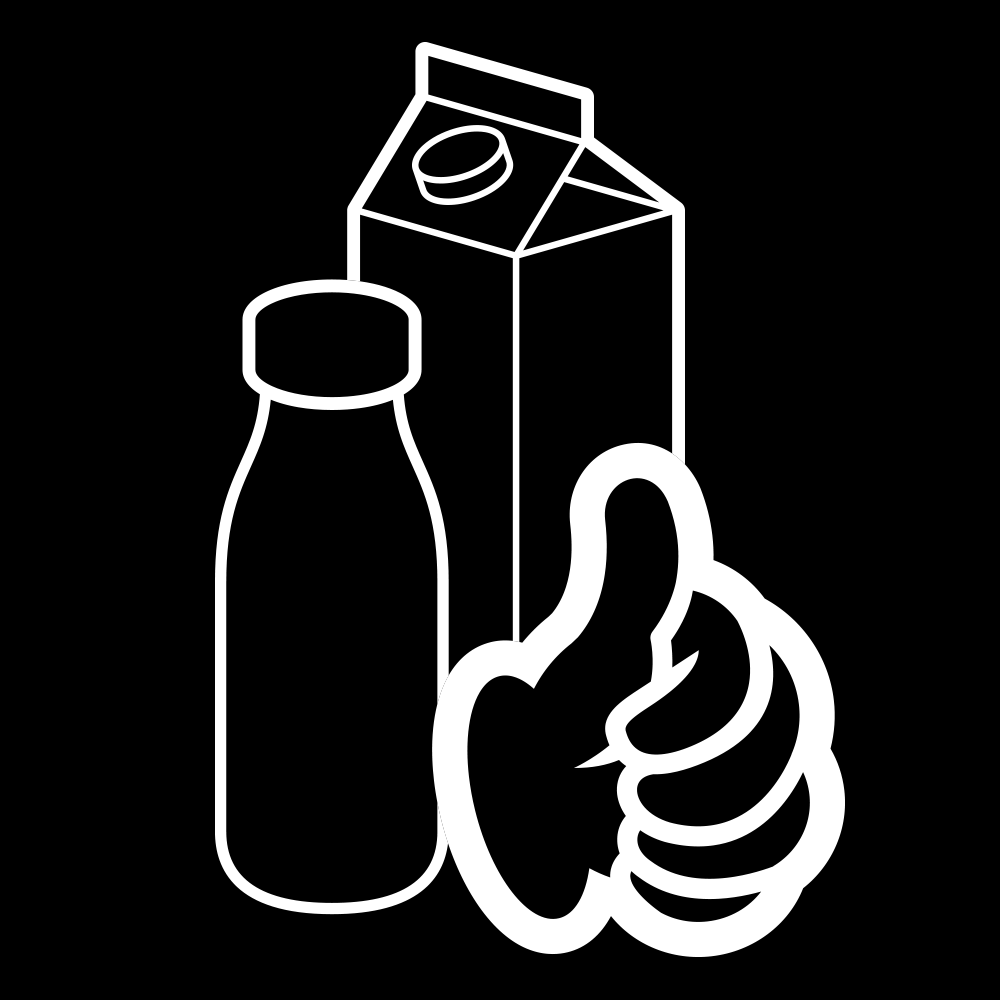 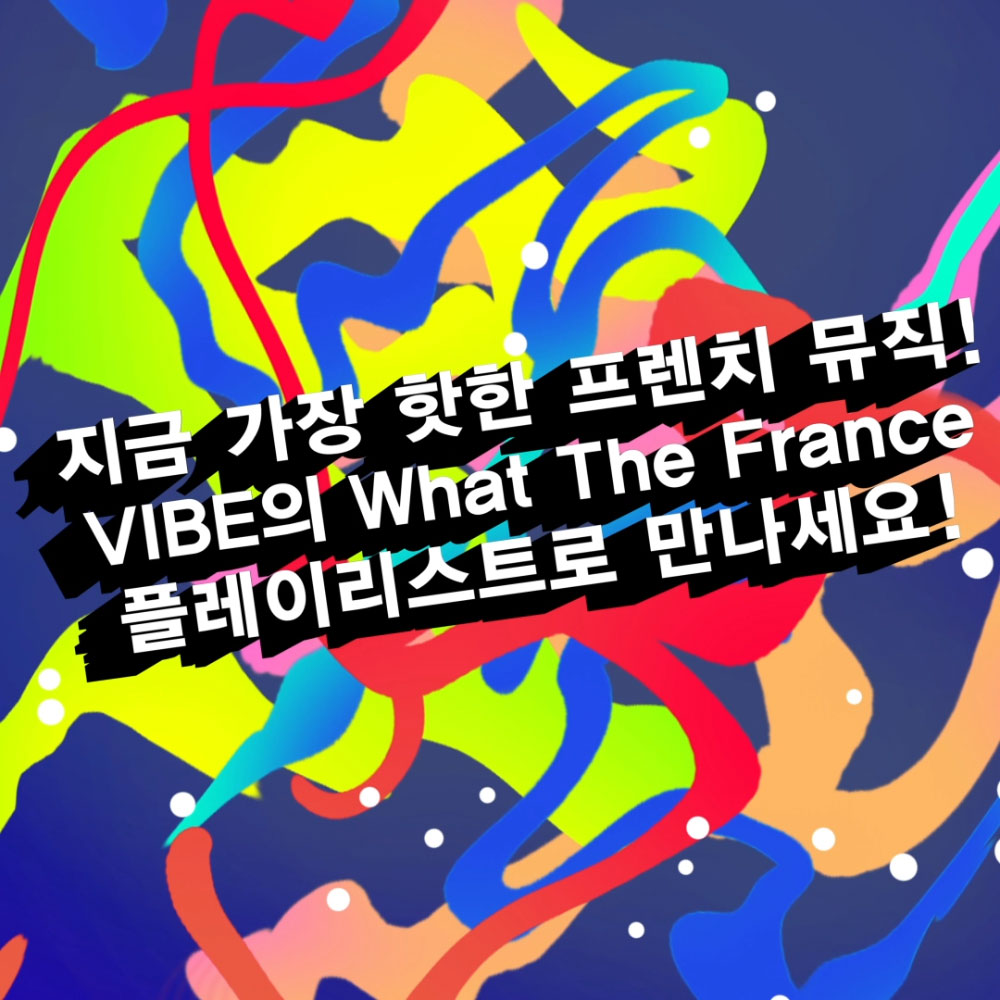 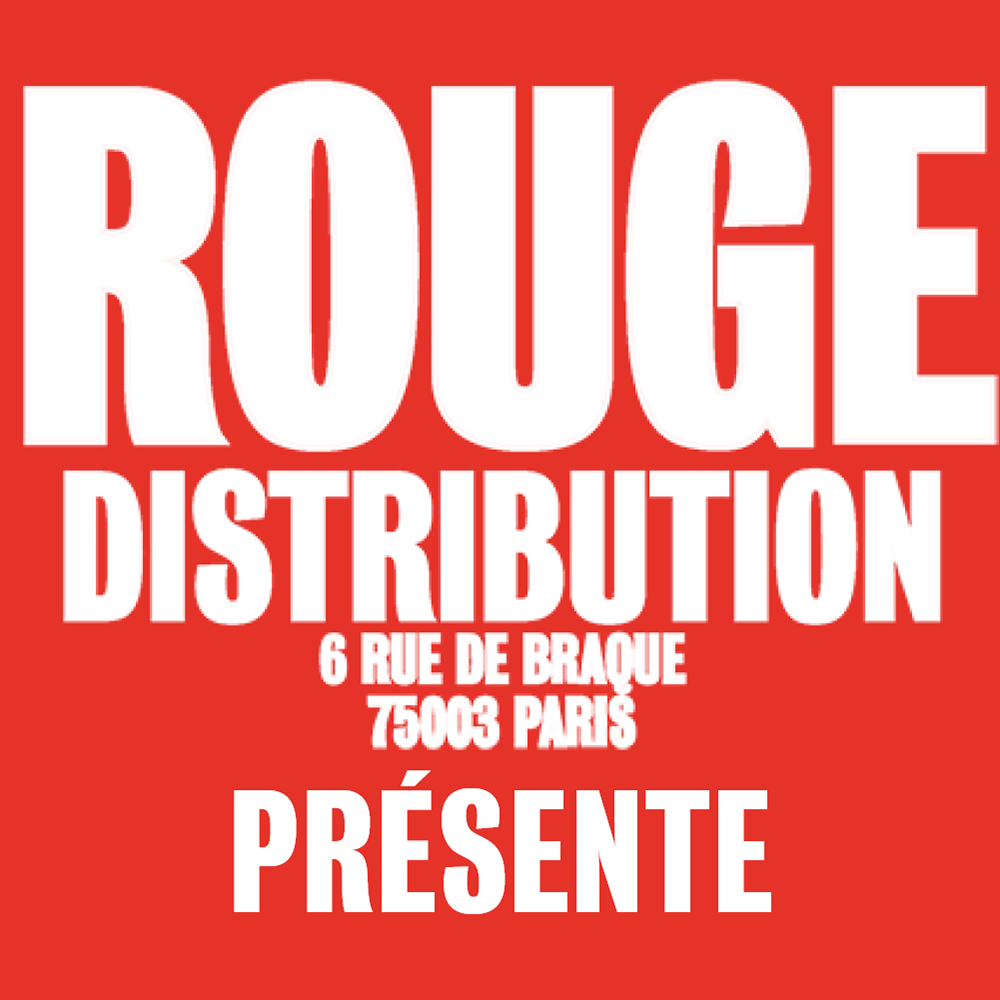